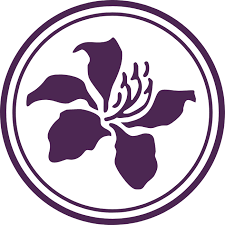 HKMA is Hong Kong’s currency board and de facto central bank. It is a government authority responsible for the stability of the currency and the banking system. – Although banking licenses are granted by the Hong Kong Monetary Authority, no fully licensed bank can operate in Hong Kong is thus subject to HKAB’s rules.

– The members are the banks (each bank has a representative)

– Sixth largest in the world

Deposit-taking institutions are divided into 3 tiers:

Allowed to operate current and savings account, accept deposits of all sizes and maturity from public and pay or collet cheques drawn, or paid in, by customers.

The Bank of East Asia Limited (BEA) is the largest independent local bank and 3rd largest bank in Hong Kong. Its chairman and chief executive is Sir David Li. It was founded in Hong Kong in 1918 by the grandfather, Li Koon-chun, and great-uncle of the current chairman, Sir David Li. As of Feb 2011, BEA has a market capitalisation of HK$68.4 billion. Today, it has 168 retail branches in Hong Kong, 60 in Mainland China and approximately 30 in Unite States, Canada and Britain. Total employment stands more than 10,800 people.

– On September 2008, BEA had to restate its past six months’ earnings by a drop in nearly 12 percent when it was found out that a staff made unauthorized trades and covered up the losses.

– Established and based in Hong Kong since 1865

– Founding member of the HSBC Group

– Operates branches and offices throughout the Asia Pacific region

– HSBC acquired a 62.14%, controlling interest in the local Hang Seng Bank in 1965 during a crisis of the latter

A commercial bank whose major business activities include retail banking, wealth management, commercial banking, treasury services, and private banking. It operates a network of around 220 branches in Hong Kong and is one of Hong Kong’s leading public companies in terms of market capitalisation and is part of the HSBC Group

– Founded by Hang Seng Ngan in 1933 with 3 business partners

– Started as a simple money-changing shop

– 1969, The Hang Seng Index was introduced as a public service and was eventually used as an indicator of the stock market.

Bank of China (HK) is the second-largest commercial banking groupin Hong Kong in terms of assets and customer deposits with more than 300 branches in Hong Kong. Established on October 2001, it was subsequently publicly listed a year later.

– One of the three banks which issue banknotes for Hong Kong, the other two being Standard Chartered (HK) and HSBC.

– The biggest member and a founder of the JETCO ATM and payment system, the largest teller network in Hong Kong and Macau.

This banks are mostly engaged in merchant banking and capital market activities. They take in deposits of any maturuty of $HK500,000 and above.

Founded in 1995, Bank of Shanghai is a based in Shanghai, Mainland China. It is one of the top 16 largest bank in China in terms of total assets. It expanded beyond Mainland China and in 2013, established the Bank of Shanghai (Hong Kong) through the acquisition and renaming of Construction Bank of China (Asia).

Kookmin Bank is among the four largest banks of South Korea in terms of asset value.

A multinational financial services corporation based in New York city.