This unit will make use of the existing capabilities of the Family Office Services and Philanthropy Advisory (including Responsible and Impact Investing) and with those of the Trust and Estate Advisory Team. The unit will be led by Bernard Fung. 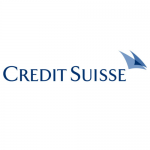 Credit Suisse (NYSE:CS) was founded in 1856 by Alfred Escher, under the name “Schweizerische Kreditanstalt.” The original purpose of the new bank known as SKA was to finance the expansion of the railroad network as well as the further industrialization of Switzerland. Fourteen years later, the bank’s first foreign representative office opened up in New York. In 1905, the bank’s first branch outside Zurich opened in Basel following the acquisition of Oberrheinische Bank. Today, it has a global reach with operations in over 50 countries and 48,200 employees from over 150 different nations. It serves its clients through three regionally focused divisions: Swiss Universal Bank, International Wealth Management and Asia Pacific. These regional businesses are supported by two other divisions specializing in investment banking capabilities: Global Markets and Investment Banking & Capital Markets.

Indosuez Wealth Management in Talks to Acquire CIC in Singapore &...