Home 2020 Norway $1.05 Trillion Sovereign Wealth Fund Appoints Nicolai Tangen as New CEO
Facebook
Twitter
Google+
Pinterest
WhatsApp
Covering capital markets, investments & private wealth in Asia. Who are the next billionaires? When is the next IPO? Which are the fastest growing cities? Which company is going bankrupt? Join 14,000+ leading financial professionals, investment managers, professional investors and CEOs. Get the latest data, information, research and many more

The fund was created after Norway discovered one of the world’s largest offshore oilfields in the North Sea in 1969.  It was set up to shield the economy from ups and downs in oil revenue and serves as a financial reserve and as a long-term savings plan so that both current and future generations get to benefit from the oil wealth.  In 1990, the Norwegian parliament passed legislation to support this, creating what is now the Government Pension Fund Global, and the first money was deposited in the fund in 1996. As the name suggests, it was decided that the fund should only be invested abroad.

The Government Pension Fund Global with $1.05 trillion assets, owns almost 1.5% of shares in the world’s listed companies, including the likes of Apple, Nestlé, Microsoft and Samsung in more than 9,000 companies in 74 countries.  Since 1998, the fund has generated an annual return of 6.1%.

On the 24 March 2020, the Executive Board of Norges Bank Investment Management (NBIM) has decided to offer Nicolai Tangen the position of CEO of NBIM.  On 28th May 2020, the contract was signed and he will become the CEO on the 1st September 2020.

Nicolai Tangen founded his hedge fund AKO Capital in London in 2005.  Today, the firm manages $18.1 billion in long-only and long-short equity funds.  Nicolai Tangen is a Norwegian and is born in 1966.

“With Nicolai Tangen, we will have a highly skilled leader of the Government Pension Fund Global. Tangen is a man with good leadership skills and unique experience from international capital markets. Tangen will take a competent organisation to new levels in the years to come.

The employment contract creates sufficient distance between Nicolai Tangen’s private finances, the AKO system and the job that he will carry out as CEO of Norges Bank Investment Management. Mechanisms are established which ensure that Tangen will have no influence on his fund investments for as long as he is employed by Norges Bank, and which prevent possible conflicts of interest and impartiality”

The main features of the new structure of Tangen’s financial engagements are as follows.

“I am more than ever looking forward to embarking on the task of managing the funds of current and future generations of Norwegian. It is with great awe and humbleness that I take up this position in September”

Norges Bank Investment Management is the asset management unit of the Norwegian central bank (Norges Bank). We manage the Government Pension Fund Global, often referred to as the Norwegian oil fund.  Norges Bank Investment Management aims to get the highest possible return on the fund within the investment mandate set by the Ministry of Finance. We seek to safeguard the long-term financial interests of Norway’s future generations through active management and active ownership.

Norway’s oil fund, or the Government Pension Fund Global which is its official name, was created after we discovered oil in the North Sea. The fund was set up to shield the economy from ups and downs in oil revenue. It also serves as a financial reserve and as a long-term savings plan so that both current and future generations get to benefit from our oil wealth.

Nicolai has a Bachelor’s degree in Finance from The Wharton School (1989-1991). Between July 1986 and December 1987 Nicolai served in the Norwegian Armed Forces’ School of Intelligence and Security, where he studied Russian language and was trained in interrogation and translation. In between Egerton and setting up AKO Capital, Nicolai completed a Master’s degree in the History of Art at the Courtauld Institute of Art, London. He has also recently finished a Master’s degree in Social Psychology at the London School of Economics.  Nicolai serves on the Wharton Board of Overseers as well as on the Wharton EMEA Advisory Board. He is also a Governor of the University of the Arts London.

Based in London, AKO Capital is one of Europe’s leading investment partnerships. Founded in 2005, AKO Capital manages approximately USD 18.1 billion across long-only and long-short equity funds. 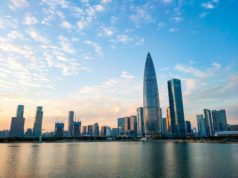 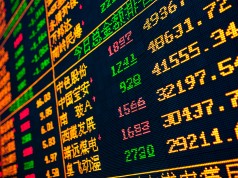