Home 2020 2020 Top 10 Largest Multi-Family Offices in the World
Share
WhatsApp
Linkedin
Email
Caproasia.com | The leading source of data, research, information & resource for investment managers, professional investors, UHNW & HNW investors, and advisors to institutions, billionaires, UHNWs & HNWs. Covering capital markets, investments and private wealth in Asia. How do you invest $3 million to $300 million? How do you manage $20 million to $3 billion of assets? Caproasia - Learn more Media, Events, Networking, Roundtable, Membership - Contact Us This site is for accredited investors, professional investors, investment managers and financial professionals only. You should have assets around $3 million to $300 million or managing $20 million to $3 billion.

Find out the 2020 top 10 largest multi-family offices in the world.

Bessemer Trust is the largest multi-family office in the world, managing more than $170 billion of assets and serving more than 2,500 clients.  Bessemer Trust is founded by Henry Phipps (1839 – 1922) in 1907, who is the founding partner and chief financial officer of Carnegie Steel.  Carnegie Steel is the largest American steel company in the 20th century, founded by American businessman Andrew Carnegie.

Bessemer Trust is serving the 7th generation of the founding family of Henry Phipps.  As a private company, and not required to do so, the firm publishes an annual report to provide transparency and open communication to clients, shareholders and employees.  In 2019, the firm reported revenue of $679 million, $138 million in net profit and a 35% return on average equity for shareholders.

Stonehage is founded in 1976 in London to provide family office, trust and company services for families from South Africa.  Fleming Family & Partners (FF&P) history dates back to 1873.  Scottish businessman Robert Fleming (1845 – 1933) had founded Robert Fleming & Co, a merchant bank and investment firm in 1873.  In 1923, he founded Southern Investment Trust as a family trust.

In 2000, Robert Fleming & Co was sold to Chase Manhattan, which merged with JP Morgan in 2000 (JP Morgan Chase) for more than $7 billion.  With the sale, the family of Robert Fleming created Fleming Family & Partners in 2020 to manage the family wealth.  In 2002, the firm started providing family office services to other families.  In 1970, Robert Fleming & Co had formed a joint venture Jardine Fleming, with one of the most successful business family in the world, Jardine Matheson.

In 2018, Rockefeller Capital Management was formed by the injection of Rockefeller & Co, which was managing $18 billion of assets serving HNWs, UHNWs, foundations, endowments and corporations.  Rockefeller & Co was once the family office of American oil tycoon John D. Rockefeller.

Glenmede is the 4th largest multi-family office in the world, managing more than $40 billion of assets and serving more than 2,000 clients.  Glenmede Trust Company is founded in 1956 by the Pew family as the Trustee and Administrator of The Pew Memorial Trust.  The Pew family is the founding family of Sun Oil,  founded by John Newton Pew (1848–1912).

Glenmede Trust Company was founded by 4 children of Joseph Newton Pew and Mary Anderson Pew in 1956 to fund the Pew Memorial Trust, in honor of their parents’ extensive philanthropic legacy.  The trust was funded with Sun Oil Company stock, to make donations to support charitable organizations that shared the family’s values in the fields of education, medicine, religion and social welfare.

The Pew Charitable Trusts is United States’s top 10 largest foundation, with assets around $5 billion and annual grants of more than $200 million.

Oxford Financial Group is the 5th largest multi-family office in the world, managing more than $26 billion of assets and serving more than 7,00 clients.  Oxford Financial Group is founded in 1981 by Jeffrey H. Thomasson, the current CEO & Managing Director.  He founded the firm 1981 at the age of 21, upon receiving his MBA from the Indiana University Graduate Business School.

Oxford Financial Group is a fee-only financial advisor, do not receive any commissions & incentives or have any revenue-sharing arrangements with third parties.

Silvercrest Asset Management Group was founded in 2002 led by George Moffett Cochran V (1950 – 2013) and Partners of New York-based firm Donaldson Lufkin Jenrette, which was sold to Credit Suisse in 1999.

Pathstone Family Office was founded in 2010 by Steve Braverman, Matt Fleissig and Allan Zachariah as an independent, family and employee-owned firm. Federal Street Advisors was founded in 1991 by John LaPann.

BBR Partners is majority owned by employee partners, and had grew 100% organically with no acquisitions.  BBR Partners is only focused on advising individuals and families.

Veritable is the 10th largest multi-family office in the world, managing more than $16 billion of assets and serving more than 220 clients.  Veritable is founded in 1986 by Michael A. Stolpher as Stolper & Co., and investment advisory firm.

Veritable is an independent investment advisor, and operates as a multi-family office.  In the founding year 1986, the firm managed $60 million of assets and advising 12 families. 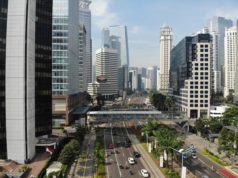 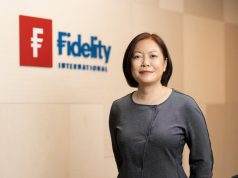 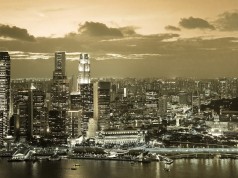