“We see Private Banking North Asia as a strategic growth pillar for the bank and have invested significantly in bolstering our teams and platforms to effectively capture the region’s opportunities.

To continue elevating our capability here, we are expanding our management bench strength with the appointment of five new Team Leaders to drive growth momentum in this critical region. Together with our teams of talented relationship managers, we look forward to deepening our position as a leading market player and more importantly, serve as a steadfast partner to our clients throughout their wealth management lifecycle.”

Sunny Ho joined Credit Suisse as Team Leader for Hong Kong market in September 2021. Sunny is a seasoned banker who brings with him more than 22 years of banking experience. He was previously Head of Private Banking at China Minsheng Bank where he was responsible for the development and implementation of business strategies. He also oversaw the bank’s wealth management services and products since 2013. Prior to that, Sunny was from HSBC, Citibank and Societe Generale. In his new role, Sunny will report to Rickie Chan, Market Group Head of Hong Kong.

Edith Wong joined Credit Suisse as Team Leader for China market in September. She has over 20 years of experience in the financial industry and in serving Ultra High Net Worth (UHNW) clients, bringing with her a strong depth of knowledge in the wealth management industry. She joins Credit Suisse after serving as Team Lead for the China Market at J.P. Morgan Private Bank, where she led a team of relationship managers and focused on serving UHNW clients in China. Before that, she spent 12 years at UBS Wealth Management in Hong Kong. Edith will report to Martin Loh, Market Group Head of China.

Mel Chua joined Credit Suisse as Team Leader for Greater China Singapore in September. He previously served as the Head of Front Office at the Bank of China Private Bank since 2018, where his responsibilities covered sales, as well as managing teams and clients. Before that, Mel worked in Bank of Singapore (Hong Kong Branch), UBS AG and in HSBC Singapore. Mel holds 17 years of banking experience, with ten years in sales management. He has built a strong focus around the Greater China market since 2007, initially covering Taiwan and subsequently transitioning to serve the China and Hong Kong markets as well from 2012. Mel will report to John Huang, Market Leader, Greater China Singapore. He will report to Eddy Sze, Market Group Head of Hong Kong.

Edward Lee has been appointed Team Leader for Hong Kong market from October, following his most recent role as a Senior Investment Consultant for Greater China, where he was responsible for driving investment sales momentum and client engagement. He has been a top performer as an Investment Consultant where he covered Greater China UHNW and institutional clients. Edward has 20 years of experience in the financial sector and has held various roles at HSBC and Citibank before joining Credit Suisse in 2008.

Steven Lau, who has been with Credit Suisse for more than five years, has been appointed Team Leader for Hong Kong market from October. He was involved in and also originated several integrated bank deals including private equity, pass-through-notes and global markets solutions for family offices. Prior to joining the bank, Steven was with Marex Spectron, BNP Paribas and Ernst & Young. He will report to Eddy Sze, Market Group Head of Hong Kong. 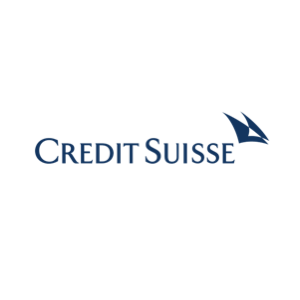