Chinese-Canadian superstar (singer, actor, model) & former South Korean boy band member (EXO) Kris Wu Yifan (Age 32) has been sentenced to 13 years in jail in China for rape & organizing promiscuous group activities, and fined $83 million for $23 million of tax evasion (25/11/22).  Kris Wu will be deported from China after serving his 13 years jail sentence.  In 2020, Kris Wu had forced 3 drunk women to have sex with him and in 2018, had organized promiscuous group activities in his residence.  Beijing Taxation Bureau also provided a tax update of Kris Wu evading a total of $23 million of tax, personal income tax of $13 million and separately, underpaid personal income tax of $11 million.  Beijing Taxation Bureau had also uncovered Kris Wu had made false reports of his companies in China and overseas to hide his earned income.  Kris Wu will have to pay a total of $23 million in tax, or will face criminal charges.  Kris Wu was arrested in China (31/7/22) after his victim (Du Meizhu, 19-year-old student raped by Kris Wu at age 17) had publicly shared of his wrongdoings and preying for underage girls.  Kris Wu was born in Guangzhou (China) in 1990 and moved to Canada in 2000.  Kris Wu was named Li Jiaheng at birth and changed his name to Wu Yifan at the age of 17 (2007). His parents divorced shortly in his early age.  (Kris Wu is also the former global face of Louis Vuitton, Porsche, Bulgari & L’oreal)

19th March 2022 – China actor Allen Deng Lun (Age 27) had been fined $16.6 Million (CNY 106 million) for tax evasion.  Between 2019 to 2020, Allen Deng Lun had evaded $7.48 million in personal income tax and failed to pay $2.19 million in other taxes.  According to Shanghai Municipal Tax Service of the State Taxation Administration:”Deng Lun was cooperative after the tax audit was filed and took the initiative to pay part of the tax.”  Deng Lun is a popular Chinese actor, starring in the television series “Ashes Of Love” and “Meeting You”, and represent brands including Bvlgari, L’Oreal Paris, Ralph Lauren and Bally.  Deng Lun had issued an apology on Chinese social media Weibo:”I accept all decisions of the tax authorities. I am willing to assume all responsibilities and consequences and continue to work hard as always. I am deeply sorry for taking up public resources during the pandemic.”  The Chinese actor Deng Lun has one of the most Weibo followers in China with 40 million, but the account was shutdown after the tax evasion.

24th December 2021 – China top internet celebrity Huang Wei, popularly known as Viya, has been fined $210 million for tax evasion by China Zhejiang Provincial Tax Service.  Between 2019 to 2020, Huang Wei had filed her livestream sales commission instead as revenue from business partnership, concealed and failed to report income from other businesses.  In total, Huang Wei had avoided paying $100 million of tax and underpaid $9.4 million of tax.  In China, the penalty rate for tax evasion is 60% to 400% of the tax amount.  Huang Wei social media accounts with over 110 million followers had also been shut down.

Huang Wei (Viya) is one of China’s top internet celebrity and also known as the “Queen of Livestreaming”, do livestreams on Taobao Live to sell various products.  In 2021, she sold over $1.3 billion of inventory on Singles’ Day on the 11th of November 2021.

27th August 2021 – China Shanghai tax bureau has ordered top china actress Zheng Shuang to pay $46 million in fine for tax evasion (CNY 299 million).  Between 2019 to 2020, China actress Zheng Shuang had under declared her income while filming TV series “A Chinese Ghost Story”.   The whistleblower of the tax evasion and also under tax evasion investigation is producer Zhang Heng, who is Zheng Shuang’s broker of the “Yin and Yang” contract, where 1 contract is the original contract and the other contract reflects a lower contract value.  Zhang Heng is also Zheng Shuang’s ex-boyfriend who had recently won custody of their 2 children, who were born through surrogacy in the United States.  In 2018, another China top actress actress Fan Bingbing was fined $131 million for tax evasion.  View: Shanghai Tax Bureau Statement

Statement: In early April of this year, the First Inspection Bureau of the Shanghai Municipal Taxation Bureau accepted the report on Zheng Shuang’s suspected tax evasion in accordance with the law. Shuang used the “yin and yang contract” suspected of tax evasion, as well as the performance projects that Zheng Shuang participated in after the taxation order of the film and television industry was regulated in 2018, and the tax-related issues of related enterprises and personnel were carried out to conduct comprehensive and in-depth inspections.

The above behavior of Zheng Shuang violated the requirements of the Central Propaganda Department, the Ministry of Culture and Tourism, the State Administration of Taxation, the State Administration of Radio and Television, the State Film Administration and other departments since 2018 to prohibit the film and television industry such as “expensive remunerations” and “yin and yang contracts”, subjective tax evasion Intentional and obvious, seriously disrupting the order of tax collection and administration, and violating relevant tax laws and regulations, the taxation department shall strictly deal with it in accordance with the law.

The First Inspection Bureau of the Shanghai Municipal Taxation Bureau pursued tax collections and imposed late fees on Zheng Shuang in accordance with the “Tax Collection Management Law of the People’s Republic of China”, the “Individual Income Tax Law of the People’s Republic of China”, “The Interim Regulations of the People’s Republic of China on Value-Added Tax” and other relevant laws and regulations. A total of 299 million yuan was fined. Zheng Shuang did not raise any objections when the tax department served the administrative penalty decision, saying that he would not reconsider and would not prosecute, and he had paid all taxes and late fees within the prescribed time limit. The taxation department is urging it to pay the fine within the prescribed time limit according to law.

The tax department also inspected and found that the informant of this case, Zhang Heng, as the broker of Zheng Shuang’s “A Chinese Ghost Story” project, was suspected of planning a 160 million yuan split contract with a fixed salary, setting up a “cover company” and other matters, and directly operated the contract. Specific implementation, dunning, collection and other activities helped Zheng Shuang to evade taxes. The First Inspection Bureau of Shanghai Taxation Bureau has filed and checked Zhang Heng according to law, and will deal with it separately according to law. In addition, related companies are suspected of providing convenience for Zheng Shuang to split the contract, concealing the pay, and helping Zheng Shuang to evade tax and other tax-related violations. The taxation department has also filed a separate case for handling in accordance with the law. 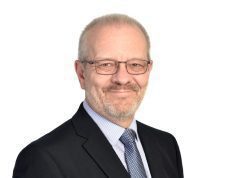 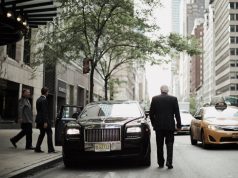 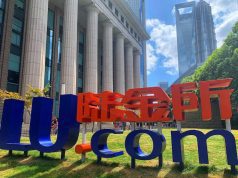 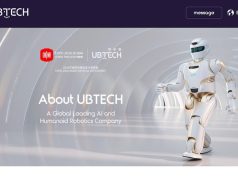 Tencent-Backed Robot-Maker UBTech Robotics Files for IPO in Hong Kong, Valued at $7 Billion in 2021 Fundraising with Founder Zhou Jian to Become a... 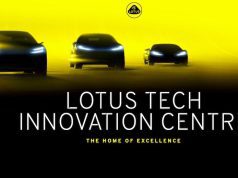 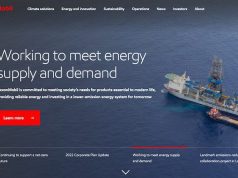