Union Bank of Philippines has signed a partnership with Lombard Odier in wealth and asset management. This deal is in line with Union Bank’s plan to push a customised wealth management business and will give its client access to international markets.

Union Bank used to rely heavily on foreign exchange and securities trading, but has refocused on traditional banking businesses to shield the bank from extreme market swings and volatility. 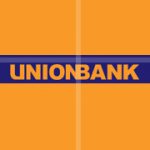 Union Bank of the Philippines (UnionBank) is a publicly-listed universal bank.
Aligned with its thrust of being at the forefront of technology-based banking in the Philippines, the Bank endeavors to elevate its systems and processes to be at par with international standards and best practices. It obtained ISO 9001:2000 Quality Management System (QMS) Certification for its Central Processing Services in 2008, making it then the FIRST and ONLY bank awarded for its entire centralized backroom operations. The bank also successfully obtained other certifications in 2010, 2012, 2013, 2014. Founded in 1982, today UnionBank’s clientele encompasses retail, middle-market and corporate customers, as well as major government institutions.