“drive the expansion of BNY Mellon’s capabilities in the Asia Pacific region.”

He will be in charge of APAC asset servicing business and drive the expansion of BNY Mellon’s capabilities in the Asia Pacific region. 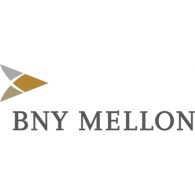 The Bank of New York Mellon Corporation, commonly referred to as BNY Mellon, is an American worldwide banking and financial services corporation formed on July 1, 2007, as a result of the merger of The Bank of New York and Mellon Financial Corporation. BNY Mellon is the world’s largest custodian bank with more than $29.5 trillion in assets in custody. It also has over $1.664 trillion in assets under management. The Bank of New York is the oldest banking corporation in the United States, and the 20th oldest bank in the world, having been established on June 9, 1784, by American Founding Father Alexander Hamilton.