United States President Joe Biden is expected to propose a new 20% minimum billionaire tax for 2023 budget, with the new tax imposed on United States household with more than $100 million.  The tax plan is called the “Billionaire Minimum Income Tax” which will tax 20% of their annual income and unrealised gains in liquid assets (stocks, bonds, funds).  The proposal is to be submitted on 4th April 2022 as part of the United States 2023 Budget plan.

In 2021, The richest United States billionaires personal tax filings was leaked, including billionaires Jeff Bezos, Warren Buffett, Elon Musk, Michael Bloomberg, Carl Icahn and George Soros, with the top 25 richest billionaires paying an average tax rate of 3.34%. From 2014 to 2018, the top 25 richest billionaires in United States grew their wealth by $401 billion, but paid only $13.6 billion in federal taxes, an average tax rate of 3.34% compared to 14% for the median income tax rate.  (The tax leak did not disclose details on donations, that may have qualify for tax deductions)

In the United States, the leaked tax filings showed the 25 richest billionaires in United States paid an average tax rate of 3.34%, while the median (50th percentile) pays 14% in federal taxes for earnings at $70,000.  The highest income tax rate is 37% tax rate, for earnings above $523,600.

In the United States, there is a 40% estate tax.  In countries where there are high estate taxes, clients and wealth managers will structure assets to transfer assets to their heirs or beneficiaries without or reducing estate taxes.

In April 2021, the heirs and family of Samsung including current Vice-Chairman of Samsung Electronics Lee Jae-Yong will be paying inheritance tax of around $10.7 billion (12 trillion won) for inheriting around $22 billion estate from the late Samsung Chairman Lee Kun-Hee who died in October 2020.  South Korea has one of the world’s highest inheritance tax rates with tax rate at 50%, and more if the estate has a controlling interest in a company. 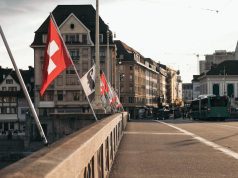 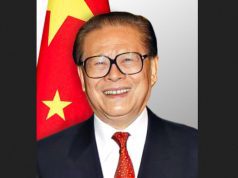