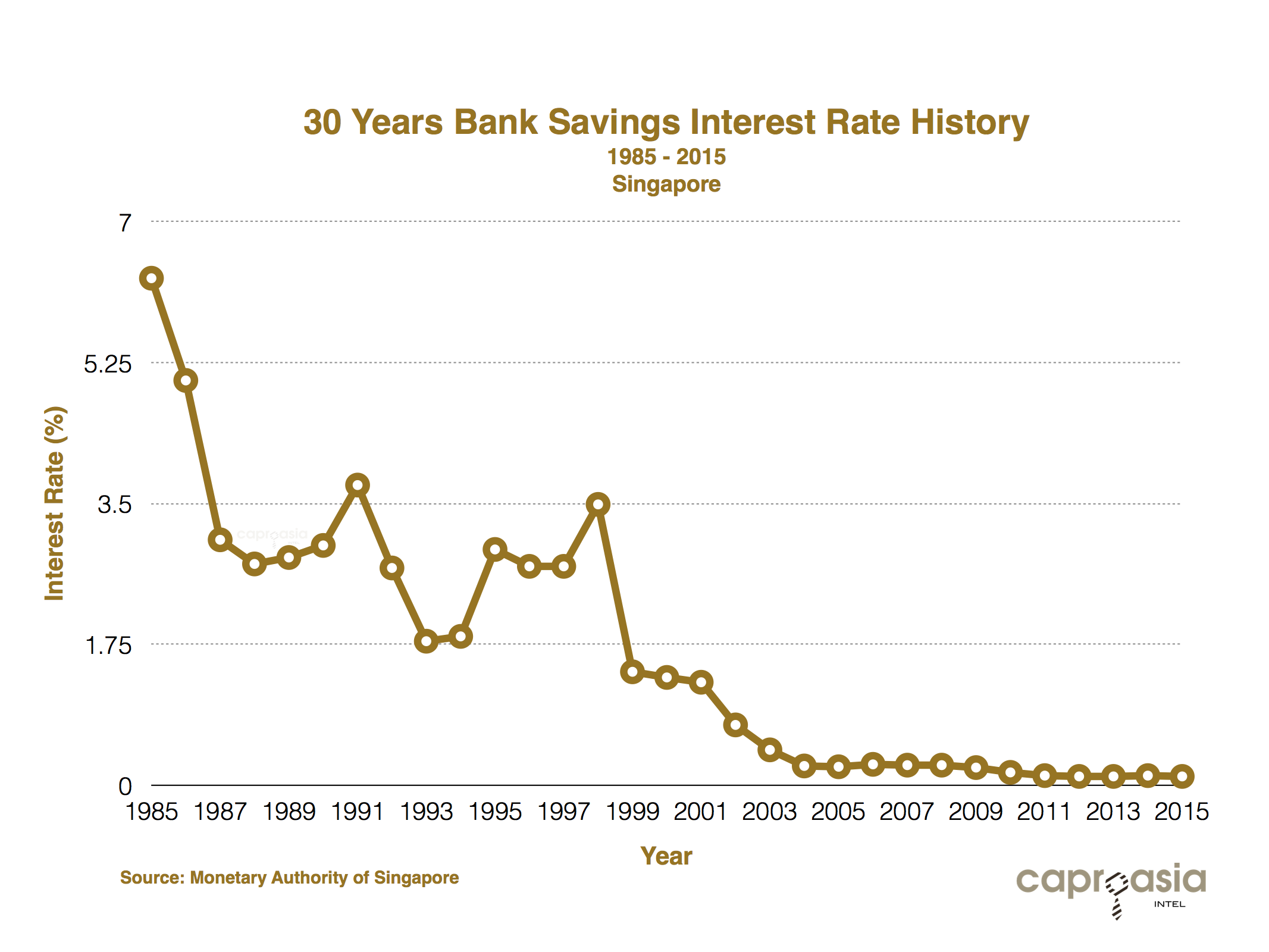 1999 – 2002: The recovery was short-lived as the dot-com bust in 2000 followed by terrorist bombing of World Trade Centre in United States affected global economic growth.  Bank’s savings interest rates fell to 1.41%, 1.34% and 1.28% respectively for the period.

As Singapore embarked on a journey to turn Singapore into a financial & wealth management hub, there was huge influx of funds into Singapore banks, keeping banks savings interest rate low for the entire period.