VP Bank celebrates 10 years in Singapore in 2018 as the bank announces the broadening of license from merchant bank to wholesale bank by July 2018, providing an expansion of services.

VP Bank also announced the hiring of Kimmis Pun as Head of Private Banking Singapore, an industry veteran with more than 36 years, with effect from 15th March 2018.

The Liechtenstein-based bank also announced a partnership with the Business Families Institute at Singapore Management University (BFI@SMU) to tap their expertise on business family-specific issues in Asia such as succession, family governance, entrepreneurship and wealth management.

In Q3 2018, VP Bank and BFI@SMU will present a panel session titled ‘Safely Ahead – Towards A Lasting Legacy beyond Wealth Transfer’ moderated by Professor Annie Koh (PhD in Finance), Singapore Management University. 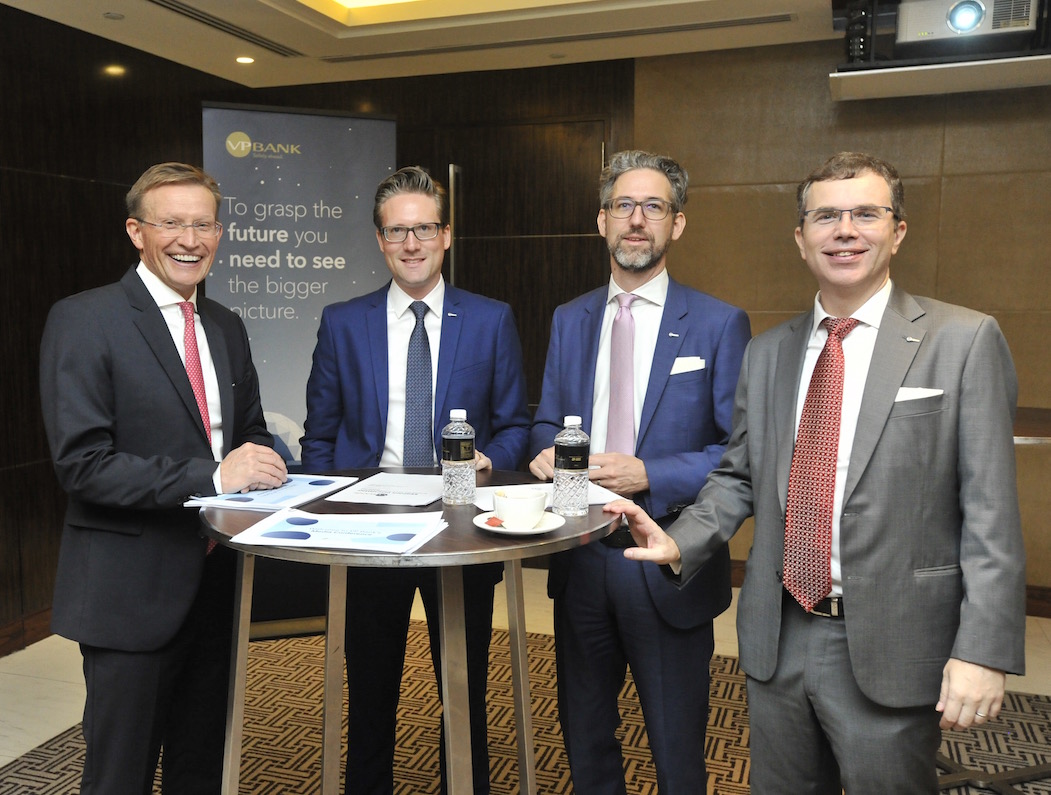 ”VP Bank Singapore is committed to grow safely ahead in Asia, with the region being one of the bank’s target markets where we see extensive growth opportunities. Beyond commemorating 10 years in Singapore, the bank will also celebrate new milestones including the implementation of the new structure to support the bank’s future growth targets, the expansion of our physical site at Asia Square Tower for headcount growth, as well as ambitious hiring plans.”

“Even as we celebrate VP Bank Group’s 10th anniversary in Singapore, the bank will continue to forge safely ahead in the years ahead, establishing a strong presence globally as well as in Asia. Our efforts will be supported by the appointment of Dr Meier, as he strengthens the expertise of the Group’s Board of Directors, while safeguarding the bank’s long-term succession planning. As Asia continues to play a central role in VP Bank’s plans, we look forward to draw on the extensive expertise of Dr Meier to support our activities in the Asian markets, where he will contribute to the further development of our locations in Singapore and Hong Kong.”

Verwaltungs-und Privat-Bank Group (VP Bank — SWX:VPBN)  is an internationally positioned private bank which specialises in asset management services for private individuals and intermediaries. Founded in 1956 by Guido Feger, today the bank has offices in Vaduz, Zurich, Luxembourg, Tortola (British Virgin Islands), Singapore, Hong Kong and Moscow. The shares of VP Bank are listed on SIX Swiss Exchange. An “A–“ rating from Standard & Poor’s vouches for the financial strength of this banking enterprise.