Home Hedge Funds Switzerland Begins Consultation on Anti-Money Laundering Act and to Enforce Mandatory Verification...
Facebook
Twitter
Google+
Pinterest
WhatsApp
Covering capital markets, investments & private wealth in Asia. Who are the next billionaires? When is the next IPO? Which are the fastest growing cities? Which company is going bankrupt? Join 14,000+ leading financial professionals, investment managers, professional investors and CEOs. Get the latest data, information, research and many more

The Federal Council (Switzerland) has initiated consultation on amendments to the Anti-Money Laundering Act (AMLA), with 3 key measures on due diligence, mandatory verification of ultimate beneficiary owners (UBO) and registration of Associations such as charities which are at risks of being misused for the financing of terrorism or money laundering.

The 3 key measures are

The consultation draft will also aim at improving the effectiveness of the suspicious activity reporting system for money laundering and terrorist financing.  In 2016, the Financial Action Task Force (FATF) had conducted its fourth review of Switzerland.  In June 2017, the Federal Council (Switzerland) instructed the Federal Department of Finance (FDF) to prepare a consultation that will last until 21 September 2018.

The Federal Council is the highest executive authority in Switzerland. It comprises 7 members, who are elected by the Federal Assembly, and forms the Swiss government.  The President is elected for a 1-year term.

The Financial Action Task Force (FATF) was established in July 1989 by a Group of Seven (G-7) Summit in Paris, initially to examine and develop measures to combat money laundering. The objectives of the FATF are to set standards and promote effective implementation of legal, regulatory and operational measures for combating money laundering, terrorist financing and other related threats to the integrity of the international financial system.  The FATF currently comprises 35 member jurisdictions and 2 regional organisations, representing most major financial centres in all parts of the globe. 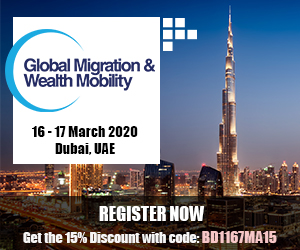