According to the SEC’s complaint, Sung Mo “Jay” Jun was at the center of a long-running scheme to illegally trade on non-public information concerning the growth in Netflix’s subscriber base, a key metric Netflix reported in its quarterly earnings announcements. The complaint alleges that Sung Mo Jun, while employed at Netflix in 2016 and 2017, repeatedly tipped this information to his brother, Joon Mo Jun, and his close friend, Junwoo Chon, who both used it to trade in advance of multiple Netflix earnings announcements.

The SEC’s complaint, filed in federal court in Seattle, charges Sung Mo Jun, Joon Jun, Chon, Lee, and Bae with violating the antifraud provisions of Section 10(b) of the Securities Exchange Act of 1934 and Rule 10b-5 thereunder. Sung Mo Jun, Joon Jun, Chon, and Lee have consented to the entry of judgments which, if approved by the court, would permanently enjoin each from violating the charged provisions, with civil penalties, if any, to be decided later by the court. Sung Mo Jun also agreed to an officer and director bar. Bae consented to the entry of a final judgment, also subject to court approval, permanently enjoining him from violating Section 10(b) of the Exchange Act and Rule 10b-5 and imposing a civil penalty of $72,875.

In a parallel action, the U.S. Attorney’s Office for the Western District of Washington filed a criminal information against Sung Mo Jun, Joon Jun, Chon, and Lee.

“We allege that a Netflix employee and his close associates engaged in a long-running, multimillion dollar scheme to profit from valuable, misappropriated company information.  The charges announced today hold each of the participants accountable for their roles in the scheme.” 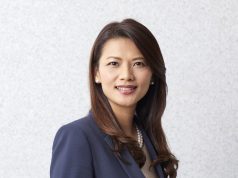 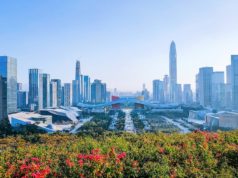 Samsung Heirs to Sell $1.8 Billion of Samsung Group Shares to...