Isadore Sharp founded Four Seasons in 1960 and set the company on its path toward global expansion. Four Seasons now manages 121 exceptional hotels and resorts, and 46 world-class residential properties in 47 countries complemented by a strong pipeline of more than 50 projects at various stages of development. Four Seasons shareholders took the Company private in 2007, executing a strategy that expanded new opportunities for guests, residents, employees, and hotel owner partners worldwide. Today the Four Seasons name is synonymous with a singular focus on luxury and highly personalized service the world over.

“As we mark our 60th anniversary and look back on the profound impact that Four Seasons has had on luxury hospitality we also look forward with tremendous excitement and confidence in the future of the industry.  The unwavering support and partnership of our shareholders has and continues to be critical as we capitalize on growing opportunities to serve luxury consumers worldwide.

Our Company is at yet another key moment in its storied history and the confidence of our shareholders in Four Seasons and our strategic vision help position the iconic Four Seasons brand for continued success.”

About Four Seasons Hotels and Resorts

Four Seasons Hotels and Resorts opened its first hotel in 1961, and since that time has been dedicated to perfecting the travel experience through continual innovation and the highest standards of hospitality. Currently operating 121 hotels and resorts, and 46 residential properties in major city centres and resort destinations in 47 countries, and with more than 50 projects under planning or development, Four Seasons consistently ranks among the world’s best hotels and most prestigious brands in reader polls, traveller reviews and industry awards. For more information and reservations, visit fourseasons.com.

Kingdom Holding Company is one of the world’s most successful diversified companies and is internationally renowned for its investments in both high performance global companies and strategic regional interests. Founded in 1980 and based in Riyadh, Saudi Arabia, KHC has achieved almost four decades of exceptional investment success and is renowned for its diversified portfolio of global powerhouse brands and high performance local regional investments. KHC was incorporated as a publicly listed company in 2007.  Known as one of the largest investment firms in the world, KHC’s disciplined approach spans the globe and includes leading market segments such as ride sharing, e-commerce, digital services and social media (Lyft, Uber, Careem, JD.com, Twitter, Deezer), banking and financial services (Citigroup, Saudi Fransi Bank).

KHC is also a global leader in luxury hotels and hotel management, with ownership and significant interests in marquee properties such as the George V in Paris and the Savoy Hotel in London and managing The Plaza in New York via Fairmont. KHC’s global hotel brands include the Four Seasons, and the Accor Group (Fairmont, Raffles, Movenpick, Swissotel, and Sofitel).  In Saudi Arabia, KHC’s real estate interests include the famed Kingdom Tower in Riyadh and Jeddah Economic City owner of the highly anticipated Jeddah Tower that, once completed, will be the tallest tower in the world with a height exceeding 1000 meters, Kingdom oasis and the east of Riyadh land.  KHC also has investments in petrochemicals (Tasnee NIC), education (Kingdom Schools), health care (Kingdom Hospital), aviation (NAS Saudi Arabia), private equity (CDC Sovereign Wealth Fund of France)، In addition to many different investments in multiple domains. 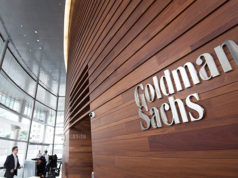 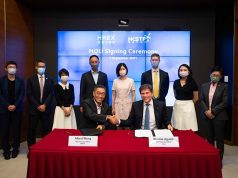