The United States Justice Department has unsealed charges against 6 individuals and a Swiss financial services firm for tax evasion by hiding $60 million in offshore assets in a Singapore Solution Scheme.  They have defrauded the United States Internal Revenue Service by helping 3 tax payers to conceal more than $60 million in income and assets held in undeclared, offshore bank accounts and to evade income taxes.   In November 2015, Privatbank IHAG Zurich (IHAG) entered into a non-prosecution agreement with the Department of Justice, paid a penalty of approximately $7.4 million, and agreed to cooperate with U.S. authorities.

“As alleged, the individual defendants and the Swiss firm Allied Finance conspired to defraud the IRS by assisting U.S. taxpayers in avoiding their tax obligations.  They allegedly did this through an elaborate scheme that involved concealing customer assets at a Swiss private bank through nominee bank accounts in Hong Kong and elsewhere, with funds returning to the private bank in the name of a Singapore firm.

One such U.S. customer, Wayne Chinn, pled guilty to his participation in the so-called ‘Singapore Solution,’ forfeited more than $2 million to the United States, and awaits sentencing for his admitted crime.”

“Prosecuting offshore tax evasion remains one of the Tax Division’s highest priorities.  Taxpayers contemplating hiding money abroad – and the foreign bankers, attorneys and finance professionals who design and execute strategies to assist their evasion – should know that the Tax Division and IRS have the investigative resources and expertise to unravel even the most elaborate schemes.”

“The defendants allegedly helped their clients conceal more than $60 million in income and assets in an attempt to evade their U.S. tax responsibilities. Through the hard work of IRS-CI and the cooperation of our law enforcement partners, we were able to uncover the massive fraud allegedly being perpetrated by these individuals and hold them accountable for their actions. We are also proud to recognize the guilty plea of Mr. Wayne Chinn. His actions demonstrate complete disregard for the United States tax laws, but thanks to the commitment of our agents, we were able to unravel his scheme and bring him to justice.”

According to the allegations in the Indictment unsealed:

On or about August 16, 2021, defendant PETER RÜEGG, 61, of Switzerland was arrested in Spain.  As alleged in the Indictment, RÜEGG was a member of IHAG’s management and a relationship manager for one of the U.S. taxpayer-clients who participated in the Singapore Solution scheme.  RÜEGG is alleged to have helped the U.S. taxpayer-client conceal approximately $50 million in undeclared assets at IHAG through the Singapore Solution.

If convicted, the individual defendants face a maximum penalty of five years in prison, and ALLIED FINANCE faces monetary penalties.  The charges in the Indictment are merely accusations, and the defendants are presumed innocent unless and until proven guilty.

(In November 2015, IHAG entered into a non-prosecution agreement with the Department of Justice, paid a penalty of approximately $7.4 million, and agreed to cooperate with U.S. authorities.)

Also unsealed today was the guilty plea of Wayne Franklyn Chinn, one of the U.S. taxpayer-clients who participated in the Singapore Solution scheme.  According to statements made during CHINN’s plea proceeding, and related court filings:

From at least in or about 2001 through at least in or about January 2019, CHINN concealed approximately $5 million in undisclosed and untaxed income for tax years 2001 through 2018.  During this period, CHINN held offshore accounts at IHAG in nominee names.  Beginning in 2010, CHINN and others transferred funds from these offshore accounts at IHAG through nominee accounts outside of Switzerland, including in Hong Kong, before returning them to newly opened accounts at IHAG held in the name of a Singapore-based trust company purportedly on behalf of two foundations created by a co-conspirator.  They did so to continue to conceal CHINN’s income and assets from U.S. authorities.  CHINN subsequently transferred the funds out of Switzerland to undeclared accounts in Singapore.  CHINN did not file any tax returns or disclose his offshore bank accounts during the years at issue.

CHINN, 79, of Ho Chi Minh City, Vietnam, and San Francisco, California, pled guilty on December 19, 2019, before U.S. Magistrate Judge Kevin Nathaniel Fox to one count of tax evasion for the calendar years 2001 through 2018, in violation of 26 U.S.C. § 7201, which carries a maximum penalty of five years in prison.  CHINN also consented to the civil forfeiture of 83% of the funds held in five accounts at two Singapore banks, which resulted in the successful forfeiture and repatriation to the United States of approximately $2.2 million.  The civil forfeiture proceeding is United States of America v. Certain Funds on Deposit in Various Accounts, 20 Civ. 3397 (LJL).

CHINN is scheduled to be sentenced by Judge Marrero on November 19, 2021.

The maximum potential sentences set forth above are prescribed by Congress and are provided here for informational purposes only, as any sentencing of the defendants will be determined by the Court. 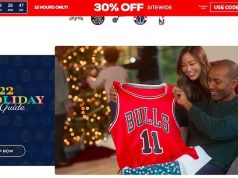 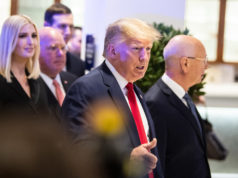 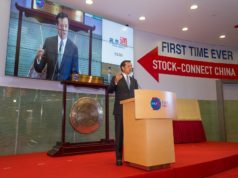 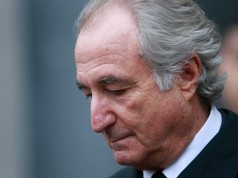 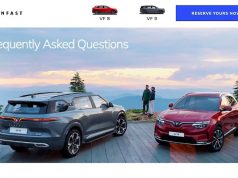 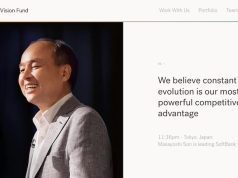 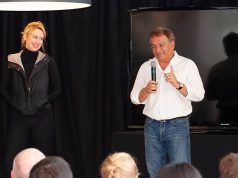 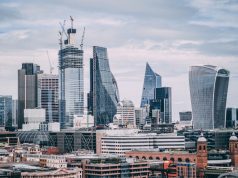