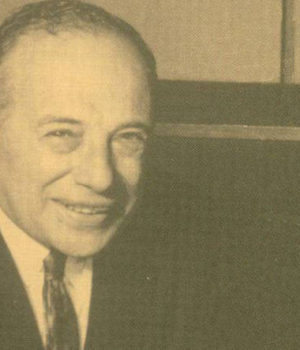 Who is Benjamin Graham?

Benjamin Graham is a Professional Investor, Fund Manager, Professor and Author. He is famously known as the father of value investing.

He was born in London on 8th May 1894 and went to New York the next year.  He graduated from Columbia University in 1914 and joined Wall Street firm Newburger, Henderson & Loeb as a messenger.  In 1920, he became a partner of the firm.  In 1926, he started an investment partnership with Jerome Newman till 1956.

Why is he impressive?

As the father of value investing, his investment philosophy is detailed in his two famous books: “The Intelligent Investor” and “Securities Analysis.”  Today, many great fund managers, investors and professionals follow his teachings.

His Graham-Newman investment partnership produces an average annual return of 17% from 1926 to 1956.  His students such as Warren Buffet and Peter Lynch also produce stunning investment performances.

Why should we know him?
His teachings and influence on investment philosophies is remarkable.  Value Investing or Fundamental Analysis are the most used principle in making investment and financial decisions.

The two books he written: The Intelligent Investor in 1949 and Securities Analysis in 1934 are the most influential and must read book for all investment professionals.  You will never go through college or university without your finance professionals not using the books as references.

What did he do when he was in Graham-Newman investment partnership?
He was reported to have his personal wealth wiped out during the 1929 stock market crashed.  In 1934, the crisis prompted him to co-write Securities Analysis with David L. Dodd while lecturing at Columbia Business School.

What is he doing now?
He passed away on September 21, 1976.  He left behind great students, two books and a lasting investment philosophy.