Home 2020 UK Court Orders Reliance Group Chairman Anil Ambani to Pay $717 Million...
Facebook
Twitter
Google+
Pinterest
WhatsApp
Covering capital markets, investments & private wealth in Asia. Who are the next billionaires? When is the next IPO? Which are the fastest growing cities? Which company is going bankrupt? Join 14,000+ leading financial professionals, investment managers, professional investors and CEOs. Get the latest data, information, research and many more

Reliance Group Chairman Anil Ambani has been ordered to pay $717 million within 21 days to 3 Chinese banks by the UK Court, the High Court of England and Wales in London.

The 3 Chinese banks had held that Reliance Group Chairman Anil Ambani had provided a personal guarantee for the corporate loan under Reliance Communications.

Reliance Group Chairman Anil Ambani have defended that he did not and had not authorised anyone to provide a personal guarantee on his behalf.  On 22nd May 2020, Friday, the High Court of England and Wales in London ruled that Anil Ambani is liable to pay $717 million within 21 days to the 3 Chinese banks.

Reliance Group was founded in 1966 by by Anil Ambani’s father Dhirubhai Ambani.  It is one of the largest companies in Asia and is the largest company in India.  In 2002, his father died without a will, leaving a feud between his elder brother Mukesh Ambani and himself. After their mother stepped in, the group was divided into 2 groups: Reliance Industries (Oil-refining, Petrochemicals) and Reliance Group (Telecom, Power Generation, Financial Services).

In March 2019, his elder brother Mukesh Ambani had helped him with a $77 million payment for Reliance Communications to mobile communication company, Ericsson.  New Delhi’s Supreme Court had ruled Anil Ambani and 2 directors will face a 3 months prison-sentence if they do not pay Ericsson within 4 weeks.

The Ambani Brothers: Mukesh and Anil

Anil Ambani: The fall of a Billionaire

Founded by the late Shri Dhirubhai Ambani (1932-2002), the Reliance Group positively influences the lives of one in every 5 aspiring Indians across more than 25,000 cities and towns and 400,000 villages. 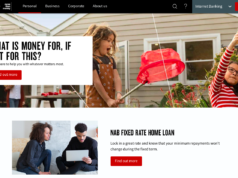 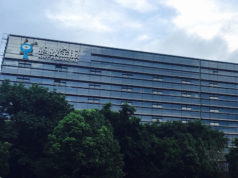 Ant Group Files for IPO in Hong Kong & Shanghai, to...